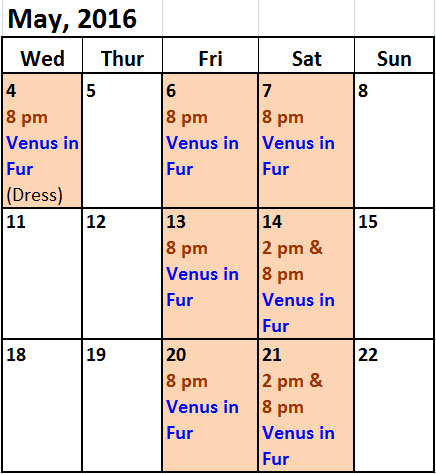 “Venus in Fur,” by David Ives, praised as “seriously smart and very funny” by The New York Times, is a sexy, provocative and hilarious Tony-winning comedy that explores the boundaries between power, sexuality, and art.  On Broadway in 2011, this Marin premiere is the perfect valentine for the season.